The unceded territory of the Snuneymuxw First Nation in Nanaimo, BC (January 23, 2023)– 4VI has launched a podcast that takes a deep dive into the diversity of the Vancouver Island Region’s Indigenous tourism experiences while meeting some of the Indigenous entrepreneurs and cultural ambassadors who are leading the way in the industry.

This five-part series, called Indigenous Voices of Vancouver Island, is written by Trevor Jang, a member of the Witset First Nation and hosted by Tchadas Leo of the Homalco First Nation.

Vancouver Island measures roughly 500 km tip to tail and is home to more than 50 Nations within the Coast Salish, Nuu-chah-nulth and Kwakwaka’wakw peoples. Each Nation has a profound cultural connection to the misty rainforests, mountains, salmon rivers, and rocky windswept shores of their traditional territories.

Indigenous Voices of Vancouver Island explores this rich tapestry of Indigenous culture, art, and connection to place. Written by Trevor Jang, a member of the Witset First Nation and hosted by Tchadas Leo of the Homalco First Nation, the podcast guides listeners around Vancouver Island while hearing stories from Indigenous travel industry entrepreneurs as they share their inspirations, culture, traditions, and hopes for the destination.

“We are excited to have helped to create this podcast, which brings the rich and vibrant First Nations cultures of the Vancouver Island Region to a broad audience,” said Brian Cant, Vice President, Business Impact & Engagement with 4VI. “These stories and knowledge sharing will enhance a connection to Indigenous tourism not only for Vancouver Island residents, but for the global visitors who enjoy diving even deeper into the destinations they visit.”

Each of the five episodes runs approximately 20 minutes and has a theme. In the first episode, “Journey with our Ancestors,” Leo gets up close and personal with grizzly bears, paddles a sea kayak in Kyuquot Sound, and visits an ancient village site as a guest of three Indigenous guided cultural tours and excursions –Klahoose Wilderness Resort, West Coast Expeditions, and Kiiixin Tours. Along the way he meets Wisqii, a Huu-ay-aht Nation cultural leader and storyteller, and Gary Wilson, CEO and Economic Development Officer of Tiičma Enterprises and a member of Kimsquit First Nation.

In episode two, “Food of Life,” traditional Indigenous food and cuisines is the focus as Leo samples the bounty of the land and sea in Tofino with wild food forager and co-owner of Naas Foods Steve Dennis of the Ahousaht First Nation, as well as the menu at Port Alberni’s Bare Bones Fish House and Smokery with chef Lance Dodding of Qualicum First Nation.

Episode three ‘Destinations’, takes listeners north to the spectacular traditional territories of the Kwakwaka’wakw peoples and Wei Wai Kum First Nation. The host explores the magnificent wilderness of the remote north end of Vancouver Island with Mike Willie of the Musgamagw Dzawada’enuxw First Nation and owner of Coastal Rainforest Safaris. He also boards a floatplane in Campbell River for a spectacular flight into the Great Bear Rainforest and Knight Inlet Lodge, a world leading bear viewing experience owned by the five-First Nation partnership of the Da’naxda’xw Awaetlala, Mamalilikulla, Tlowitsis, Wei Wai Kum and K’ómoks .

In Episode four, “Culture,” Leo embarks on a homecoming of sorts as he returns to the Homalco First Nation. Proud of his coastal roots and the resurgent culture and community of his people, Tchadas meets with Homalco member Chayenne Trenholm as she shares the story of Homalco Wildlife and Cultural Tours as it blends culture, history and grizzly bear conservation into a unique indigenous-owned travel experience. He also stops in at I-Hos Gallery, home to a spectacular collection of traditional and contemporary Northwest Coast native artwork, to meet manager and K’omoks First Nation member Ramona Johnson.

In the final episode, “Adventures,” the host taps into the outdoor spirit of Vancouver Island. He heads to Quadra Island to visit Wild Waterways Adventures Adventures on Quadra Island and owner Jenefer Smalley, a member of the Métis Nation of BC. On the other side of the Island, Tchadas meets entrepreneur Gordon Taylor, of Ucluelet First Nation, at his family owned T̓iick̓in (Thunderbird) Ebike Rentals, before taking a breathtaking electric bike ride between Ucluelet and Tofino on a new trail that weaves between ancient rainforest and white sand beaches on the western edge of North America.

Indigenous Voices of Vancouver Island podcast is a proudly Indigenous led and created presentation. Host Tchadas Leo is a multimedia broadcaster, journalist, and podcaster of the Homalco First Nation who lives with his wife and son in Ladysmith. Writer Trevor Jang, of the Witset First Nation, is a writer, digital media strategist and co-founder of ChinookX Technologies Ltd., a social innovation start-up focusing on Indigenous-led tech, data, and clean energy projects. Ivy Cargill Martin, a Tla-o-qui-aht First Nation visual artist, produced The Cover Art for the podcast. The podcast series was made possible with funding support from the Targeted Regional Tourism Development Initiative Fund. To listen to the five-part podcast, visit https://forvi.ca/project/indigenous-voices-vancouver-island-podcast/ or listen on a selection of streaming platforms.

4VI (formerly Tourism Vancouver Island) is a non-profit social enterprise organization, created to ensure that travel is a force for good for Vancouver Island – forever. The ‘4’ in its name captures its four key social commitments — to the community, business, culture, and the environment. This focus extends to the work the organization does each day. Every opportunity for 4VI now and in the future will align with these social goals. The team’s mandate is to deliver innovative tourism advisory services, working directly with communities on Vancouver Island to both identify opportunities for enhanced tourism experiences and deliver on them. 4VI is the first destination management organization of its kind to not just commit to changing how tourism is managed, but to developing the corporate structure as a social enterprise that drives needed change. Learn more at forvi.ca.

New Model for Destination Management Organizations gaining recognition around the world December 13, 2022, Traditional Territory of the Snuneymuxw First Nation (Nanaimo, BC) – Since  launching earlier this year as a social enterprise dedicated to ensuring travel is a... 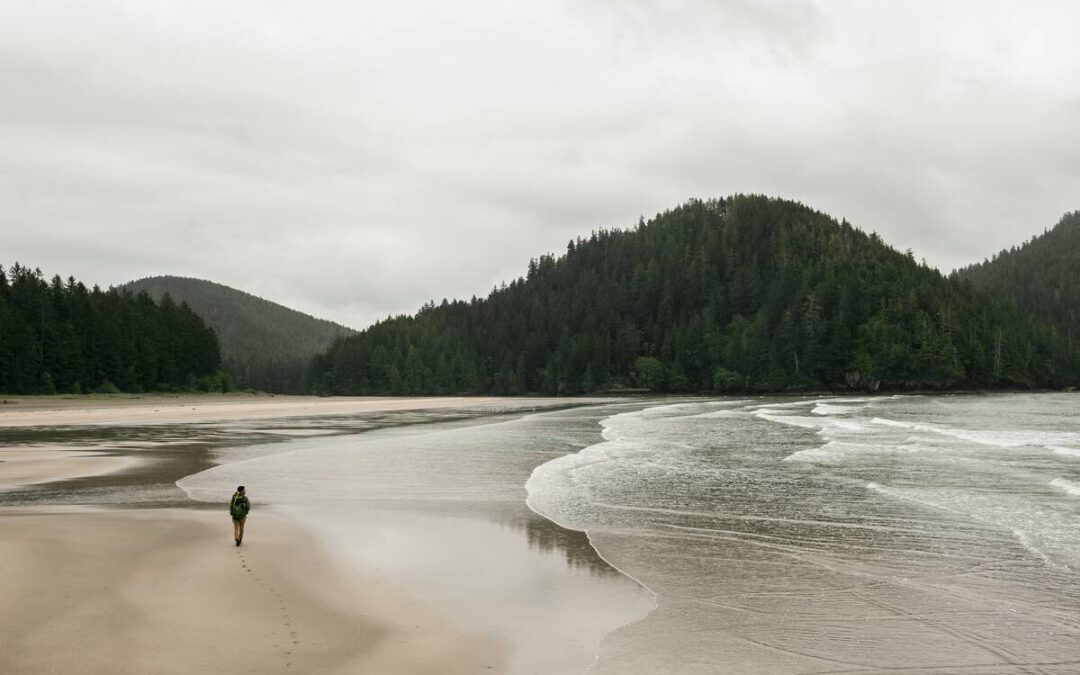 4VI (formally Tourism Vancouver Island) and Vancouver Island North Tourism are inviting quotations from qualified creative agencies to design, develop and launch a new brand as well as a website refresh for vancouverislandnorth.ca. There are two separate RFQ’s for...

4VI (formerly Tourism Vancouver Island) is recruiting for an Engagement and Travel Media Relations Coordinator to join their growing team. 4VI is a social enterprise organization, created to ensure that travel is a force for good for Vancouver Island – forever. The...